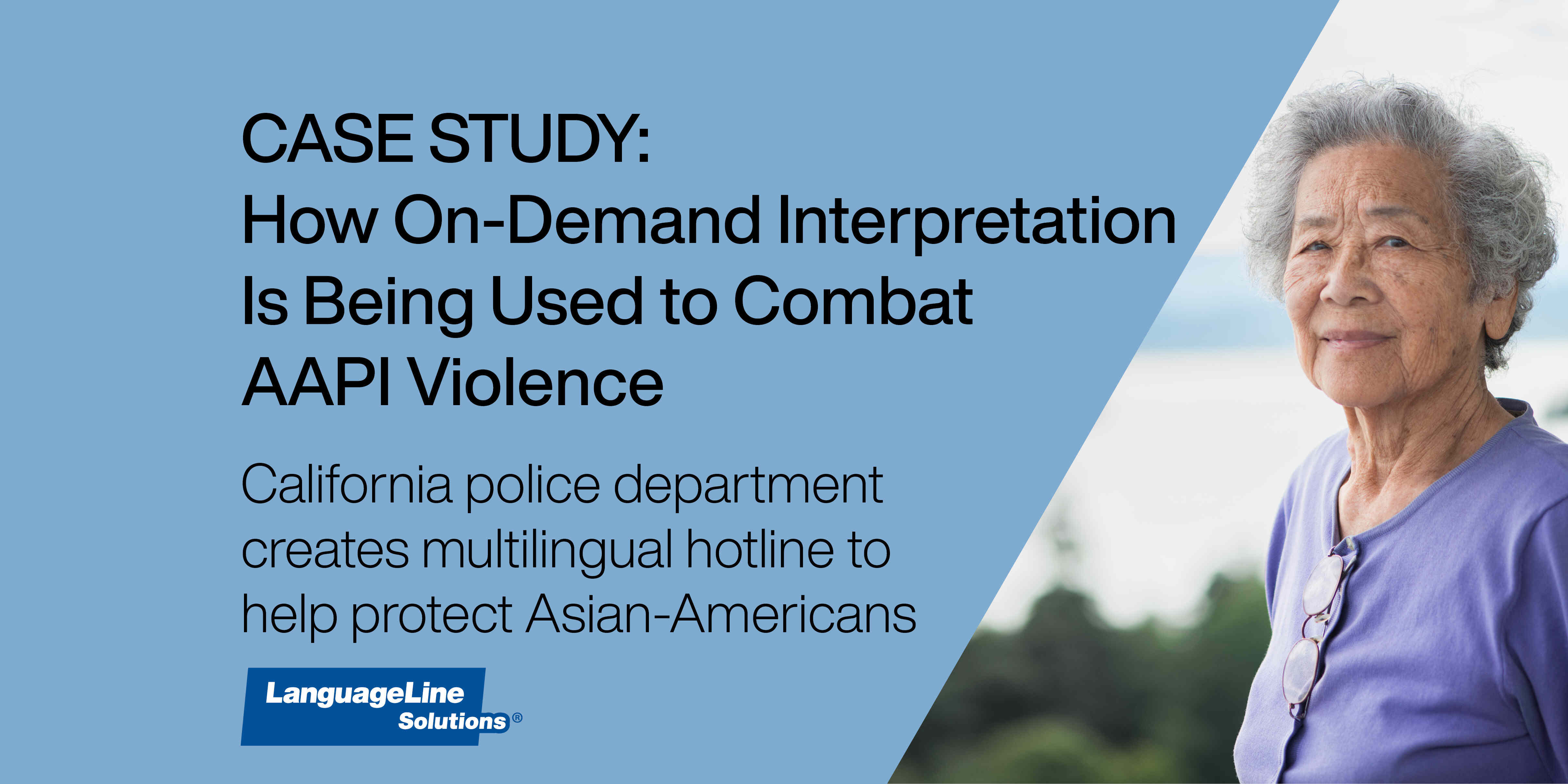 With the rise in hate crimes across the country, the San Francisco Police Department has launched an anonymous hotline for Chinese language speakers. The hotline is staffed with bilingual employees and LanguageLine interpreters so that callers can feel empowered to make reports in multiple languages.

The SFPD tip line has placed a particular emphasis on the Mandarin and Cantonese languages given the escalation of hate crimes and violence born out of prejudice against Asian communities.

Various Asian and Pacific Islander American community groups advocated for the hotline. They and the police have been passing out flyers in order to spread the word about this new resource.

“The Asian community has historically had a problem with reporting crimes, both because of language challenges, as well as the fact that they’re scared of retaliation,” a police spokesperson said. “The tip line is anonymous and manned by officers who are bilingual as well as on-demand interpreters.

“Our hope is that people will come out and report these crimes. The faster the SFPD gets the information, the more likely they are to catch the person who committed the violent offense.”

Hate crimes on the rise

There were 7,759 reported hate crimes in the U.S. last year — the most in 12 years, the FBI reported recently. But some experts and advocacy groups say the true number is probably even higher.

The number of recorded bias incidents reported by the FBI was the highest since 2008, when 7,783 hate crimes were reported to the agency, federal data shows.

WATCH: Police Use Interpreter App to Help During Emergency Calls

The spike follows a recent upward trend in bias incidents, and it was a 6 percent increase over the previous year.

Tip line has been effective

The commander of the community liaison unit behind the tip line said they have received information that has helped with investigations, including a recent robbery and home invasion. He could not comment on whether or not arrests have been made directly because of the calls.

SFPD is explanding the tip line to include other languages, including Spanish, Japanese, Korean, Tagalog and Russian.

SFPD has been careful to point out that the tip line is not a replacement for 911. It is meant to supplement 911, which is still the best number to call in an emergency.

The SFPD encourages anyone who becomes a victim of crime in San Francisco to file a police report, regardless of the language they speak. San Francisco’s Emergency Service Dispatchers and first responders have access to LanguageLine interpreters for those who are limited-English proficient.

The need for language access has grown unpredictable as our society has become more complex and multilingual. By assisting every individual regardless of their language, culture, or ability, you deliver higher value experiences at the moment of need. The challenge is that these “moments of need” arise with increasing frequency as we become more linguistically diverse.

LanguageLine was founded by a police officer 40 years ago. Today we are pleased to work with most major metropolitan police forces in an effort to empower all citizens and keep communities safe.

Our interpreters provide on-demand support to dispatchers. Officers in the field also use the LanguageLine app, which delivers one-touch access to nearly 17,000 interpreters in more than 240 languages.