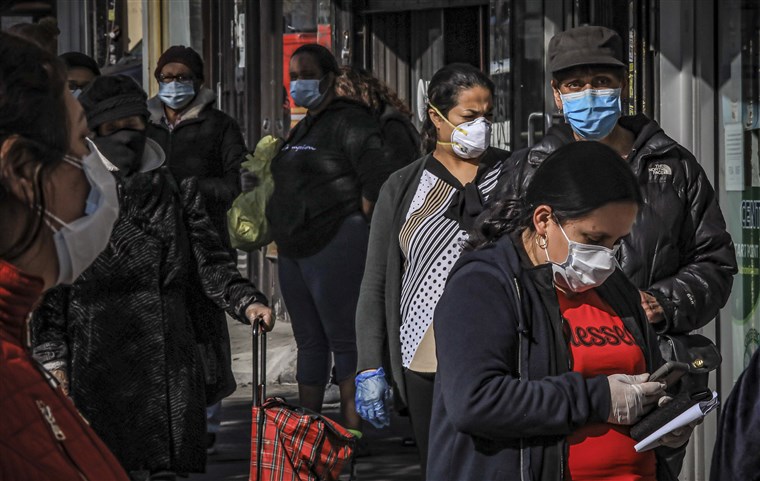 Alarming racial disparities in who contracts and dies from coronavirus are playing out across the country, according to a new report.  The New York Times has reviewed data from the Centers for Disease control that details 640,000 infections in more than a thousand U.S. counties.

Among the hardest-hitting findings is the fact that Latino and Black people are three times as likely to become infected with COVID-19 as their white neighbors. Latinos and Blacks are twice as likely to die from the virus.

It has been previously reported that racial and ethnic minorities were infected at greater rates. But the new federal data paints a more complete picture of the degree to which these groups are affected regardless of where they live.

The data is accounts for some – but not all – infections through the end of May 2020, as some states do not collect ethnic and racial data. The data does not include infections from the surge that began in June.

The report’s other findings include:

Why Is This Happening?

We have reported previously that Latinos and Blacks often live in circumstances that make them more vulnerable to infection. They have front-line jobs that do not allow them to work from home. They are more likely to use public transportation. They are also more likely to live in crowded apartments or with multiple generations.

Census data from 2018 shows that 43 percent of Latino and Black workers have jobs that cannot be done remotely. Only one in four white workers have such jobs.

According to the American Housing Survey, Latino people are twice as likely to live in a “crowded dwelling” – defined as having less than 500 square feet per person – as white people.

There is also the matter of underlying conditions. According to the Times report, “The higher rate in deaths from the virus among Black and Latino people has been explained, in part, by a higher prevalence of underlying health problems, including diabetes and obesity. But the new CDC data reveals a significant imbalance in the number of virus cases, not just deaths — a fact that scientists say underscores inequities unrelated to other health issues.”

Language barriers are a factor not often mentioned in these reports.

Most of the health information and health warnings related to coronavirus are in English. Only a portion of this information is translated into Spanish.

Likewise, many physicians have shifted to telehealth models that heavily favor English speakers.

We have noted previously that this creates “information vacuums,” in which community members circulate information that is not based on fact.

Taken together, limited-English speakers only receive a fraction of the information about COVID-19 that their English-speaking neighbors do.

We are extremely concerned about minority health disparities, in particularly the disproportionate number of Latinos who are impacted by COVID-19. We have created a telehealth solution that provides on-demand interpretation in Spanish, as well as more than 240 additional languages.

In general, LanguageLine is able to get you connected to our team of 11,000 professional, on-demand interpreters via audio or video in 30 seconds or less.  We can also translate and localize your written content.  We do this 24 hours a day, seven days a week, 365 days a year.