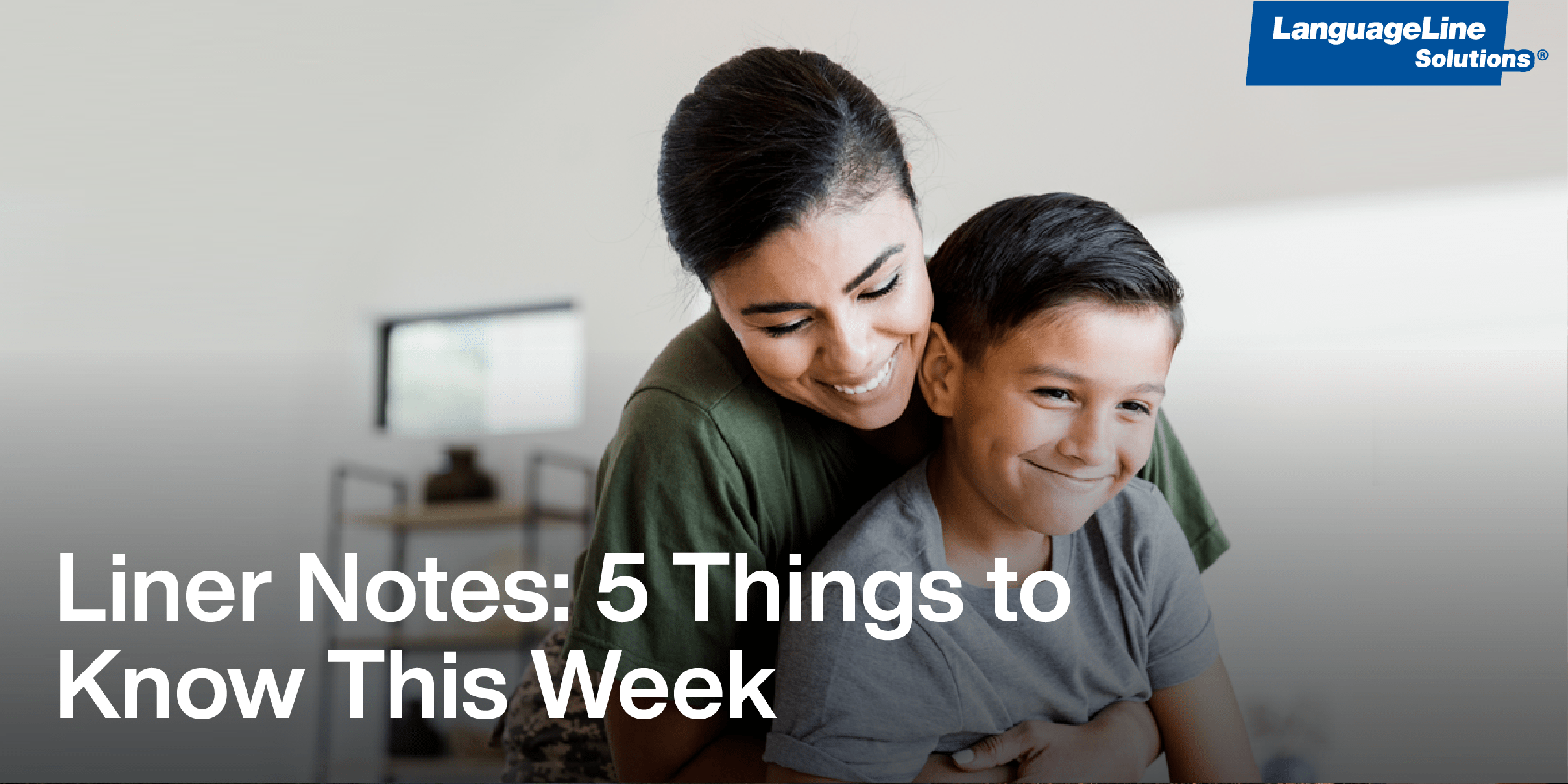 Each week, Liner Notes selects five pieces of content that we think are important for those who are interested in language, culture, and diversity.

Before we go any further, we tip our collective hats this National Nurses Day to the many healthcare heroes with whom we are fortunate to work daily. It truly is our pleasure to have a front-row seat to observe your selfless, inspirational efforts. Thank you for all that you do.

How the COVID-19 Pandemic Changed the Hispanic Market

According to Forbes, with more than 60 million people, Hispanics make up 18.7 percent of the country’s total population, with a purchasing power estimated at 2.3 trillion dollars, making us a segment that moves the U.S. economy. And that is not all; the Census Bureau projects that the population will reach 72 million by 2030 and represent 22 percent of the workforce. This makes Hispanics a crucial group for the post-pandemic recovery and for U.S. economic growth in the years to come.

The Hispanic consumer is one of the youngest in the United States, with an average age of 28. In 2019 they accounted for 18 percent of the country’s online consumers, and already as of that year, they were the second fastest-growing population in this area. In 2022, the number of Hispanic digital shoppers is estimated to be 36.5 million, and by 2025, 40.2 million.

The good news is that the Hispanic market has strengthened. The Hispanic consumers are young, with a high rate of technological adoption. They are capable of adapting to changing and uncertain environments.

Here are some data points to support the strengthening:

Why Mental Health Care Is Less Accessible to Minority Communities

May is Mental Health Awareness Month. Individuals from minority ethnic communities are generally less likely to use mental healthcare services than the majority white population. Some of the reasons for disparities in mental health utilization by marginalized ethnic groups include provider discrimination, lack of adequate health insurance, high costs, limited access to quality care, stigma, mistrust of the healthcare system, and limited awareness about mental illnesses.

Although the prevalence of mental disorders is lower in Black people than in white people in the United States, the impact of these disorders tends to be more severe in marginalized communities.

Individuals from marginalized communities who live with a mental illness are also more likely to be misdiagnosed or underdiagnosed and receive a lower quality of care.

May is also Asian American and Pacific Islander Heritage Month, but during a time when we should honor our Asian American neighbors, a new study says distrust of the community is only going up.

Asian Americans are feeling increasingly discriminated against, and researchers say it has a lot to do with misinformation about the COVID-19 pandemic. According to a study from two leading Asian American nonprofits, 21 percent of U.S. adults say Asian Americans are at least partly responsible for the coronavirus.

About 30 percent of Hispanic adults in the U.S. did not have health insurance coverage last year, according to early estimates from the 2021 National Health Interview Survey.

Last October, the Office of the Assistant Secretary for Planning and Evaluation (ASPE) within the U.S. Department of Health and Human Services (HHS) released a brief in which it noted Latino and Hispanic individuals "have consistently been overrepresented in the uninsured population." While the brief said uninsurance rates among Hispanic and Latino individuals dropped to a collective low of 17 percent a few years after the Affordable Care Act was passed, that percentage began to rise again between 2017 and 2020.

Want More Students to Learn Languages? Win Over Their Parents

New research out of the U.K. shows that children's willingness to study subjects like French, German or Spanish is shaped far more by the attitudes of their parents, than by their teachers or friends. The study's authors argue that efforts to reverse the steady decline in language-learning should target families rather than just children, because of the important role parents' beliefs play in shaping children's views of themselves as language-learners.

The finding implies that parents may have an important part to play in reversing the national decline in language-learning. The authors of the study, which was led by researchers at the University of Cambridge, say that efforts to

increase uptake in these subjects would benefit from involving families, as well as schools.