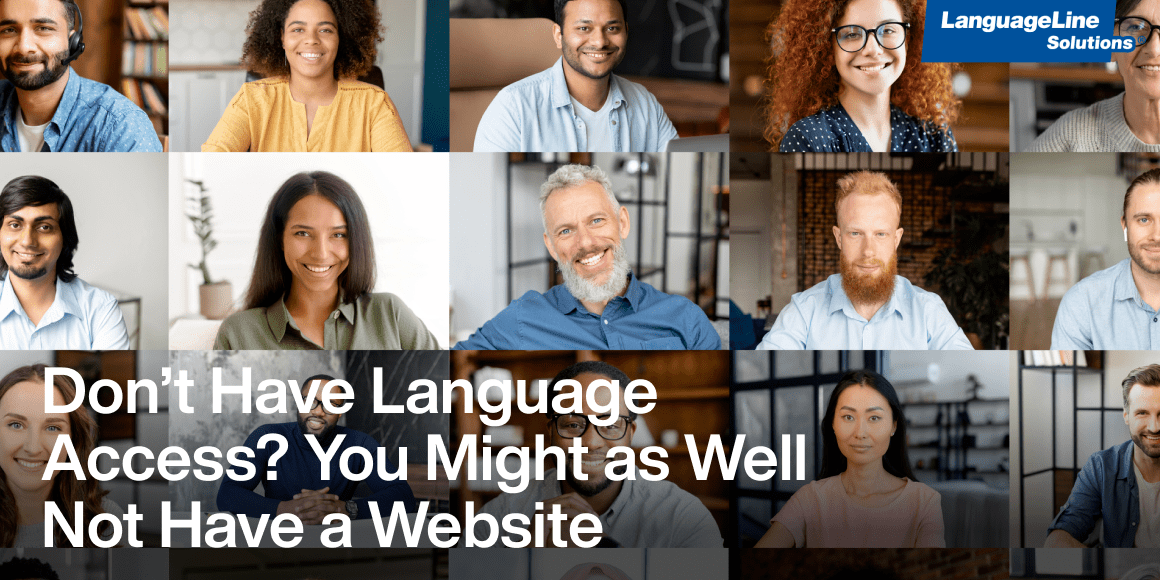 Any business that does not have a sophisticated plan to communicate in multiple languages is looking at its potential business through a keyhole. That company may as well not have a website.

The U.S. Census recently released a once-in-a-decade look at diversity in America. The data showed a country that looks much more like its future than its past.

Prior to the release of the data, the expectation had been that by 2045, America would be “majority minority,” meaning that in 25 years, non-Hispanic whites will no longer be in the majority. By 2050, it was thought that the U.S. could have more Spanish speakers than any other country.

If anything, the new Census data shows that diversity is accelerating much more quickly than anticipated. Already one in five U.S. residents speaks a language other than English at home – that’s more than 64 million people. More than 300 languages are spoken in the U.S. alone.

In short, the U.S. population is much more racially, ethnically, linguistically, and culturally diverse than ever before. This follows a trend line that we’ve seen across the world, as globalization and new migration patterns have taken hold and created unprecedented diversity.

To reach its entire potential audience, it is evident now more than ever that a business must communicate in multiple languages. And it is best to operate around shared beliefs, including:

A sophisticated language-access plan is not just good business, but essential business. A recent survey by CSA Research called “Can’t Read, Won’t Buy” found that 76 percent of shoppers prefer to buy products with information in their native language. Additionally, 40 percent said they would never buy from websites in other languages.

These findings and others show that if a company chooses to not localize the buying experience, they risk losing 40 percent or more of the total addressable market; i.e., the consumers that prefer selecting and buying products in their native languages.

Simply put, being understood is empowering. A company can differentiate itself by allowing customers to differentiate themselves.

The need for these services is massive. LanguageLine Solutions handled nearly 60 million interactions last year – that’s more than one new understanding created every second of every day. These interactions help to ensure justice, save lives, welcome newborns, and shape futures.

Language access like this faithfully drives higher-value experiences at the moment of need, which is the essence of customer experience. It dramatically increases our clients’ chances of success by enabling them to communicate across languages and cultures with ease.

Interacting in consumers’ language and culture of choice will continue to be a critical tenet for a differentiating customer experience. That’s because language access enables the customer’s full voice to be heard and understood.

Portions of this article first appeared in CEOWorld.