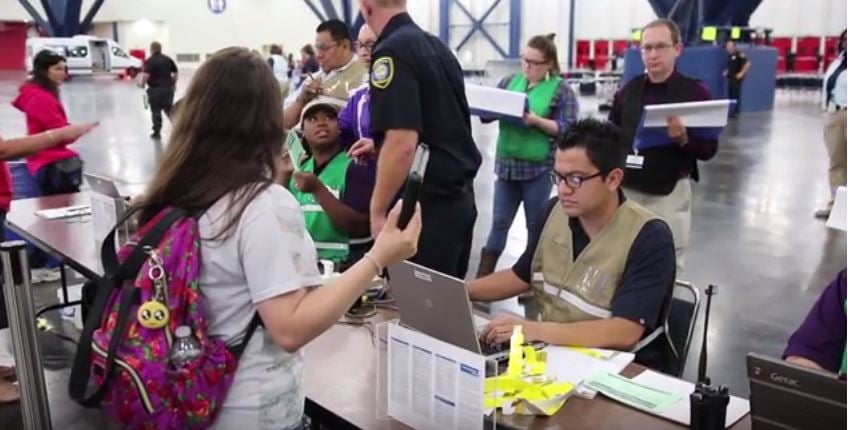 Most of Houston is located on the gulf coastal plain. A year ago, Hurricane Harvey inundated America’s fourth-largest city with over 50 inches of rain and impacted more than 300,000 housing units. More homes flooded in Houston during Hurricane Harvey than in New Orleans during Hurricane Katrina. It was the third year in a row that Houston experienced severe flooding.

Accordingly, Houston placed fifth on a recent list of the 10 riskiest American cities for natural disasters. Two other Texas cities, Austin (second) and Dallas (fourth), also made the list.

The City of Houston has been proactive in preparing for natural disasters. Its Public Health Emergency Preparedness Team recently participated in the annual City of Houston Evacuation Hub Exercise. The Houston Health Department recently posted this video depicting the exercise.

The simulation pretends that there is a hurricane coming. People are put on buses and evacuated to San Antonio or Dallas.

The health department’s role is to handle registration.

“The process they go through is the people come in and our staff says, ‘We’re going to take some information from you,’” said Peter Stranges of the Houston Health Department. “They are asked basic questions about health, as well as whether or not they are traveling with relatives or pets.

“If they have medical needs, we address those as well. If they need to get on a bus with a wheelchair or an oxygen tank, we handle all of those accommodations.”

The health department uses LanguageLine InSight Video Interpreting® to communicate with residents who are limited English proficient, deaf, or hard-of-hearing.

“If they have language needs, we address those,” Stranges said. “Through LanguageLine, health department staff can have access to certified medical interpreters via video.”

“It’s just nice knowing that in public health you’re involved in ensuring the health and welfare of our neighbors and playing an important role during a crisis,” Stranges said. “It’s very meaningful work.”